It's my second to last day at discover-e Legal before moving on to AppFog and it's probably the most important day of the year for the company.

Every year, and only once a year, there's a huge industry trade show called LegalTech New York. Every company in the industry shows up there and so does every buyer. They all vie for one another's attention for three days and if you're lucky, you end up being the company with the product that gets talked about for the next nine months of the year afterwards.

Were going to be there to pimp the latest and greatest features in our online data processing product, shift. We didn't have much of a marketing campaign put together so over the course of the last week we just kind of went Leeroy Jenkins with it and started a campaign based around the one, the only, Chuck **freaking Norris!!** 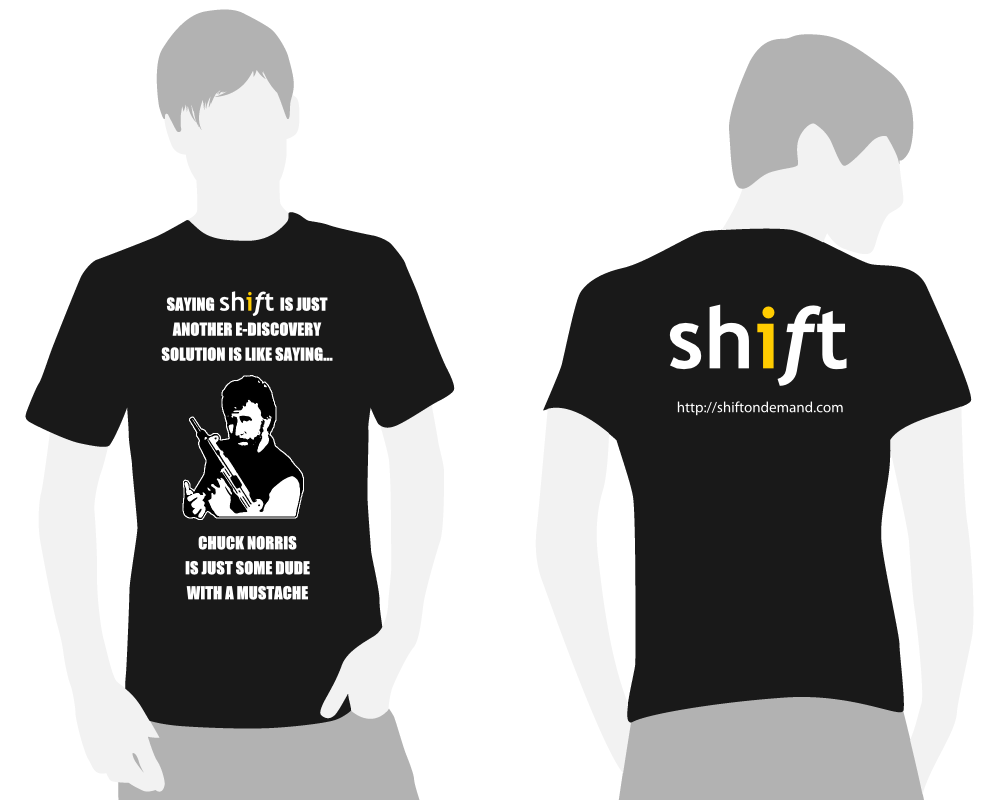 And thanks to my good friend Brian Bloodgood over at Blue Mill Screen Printing, there will be 100 of these, for-real, in only a day or two. You rock!!!

Walla-walla-bing-bam-boom! Blue Mill pulled off a turn around of less than 24 hours on 100 shirts! 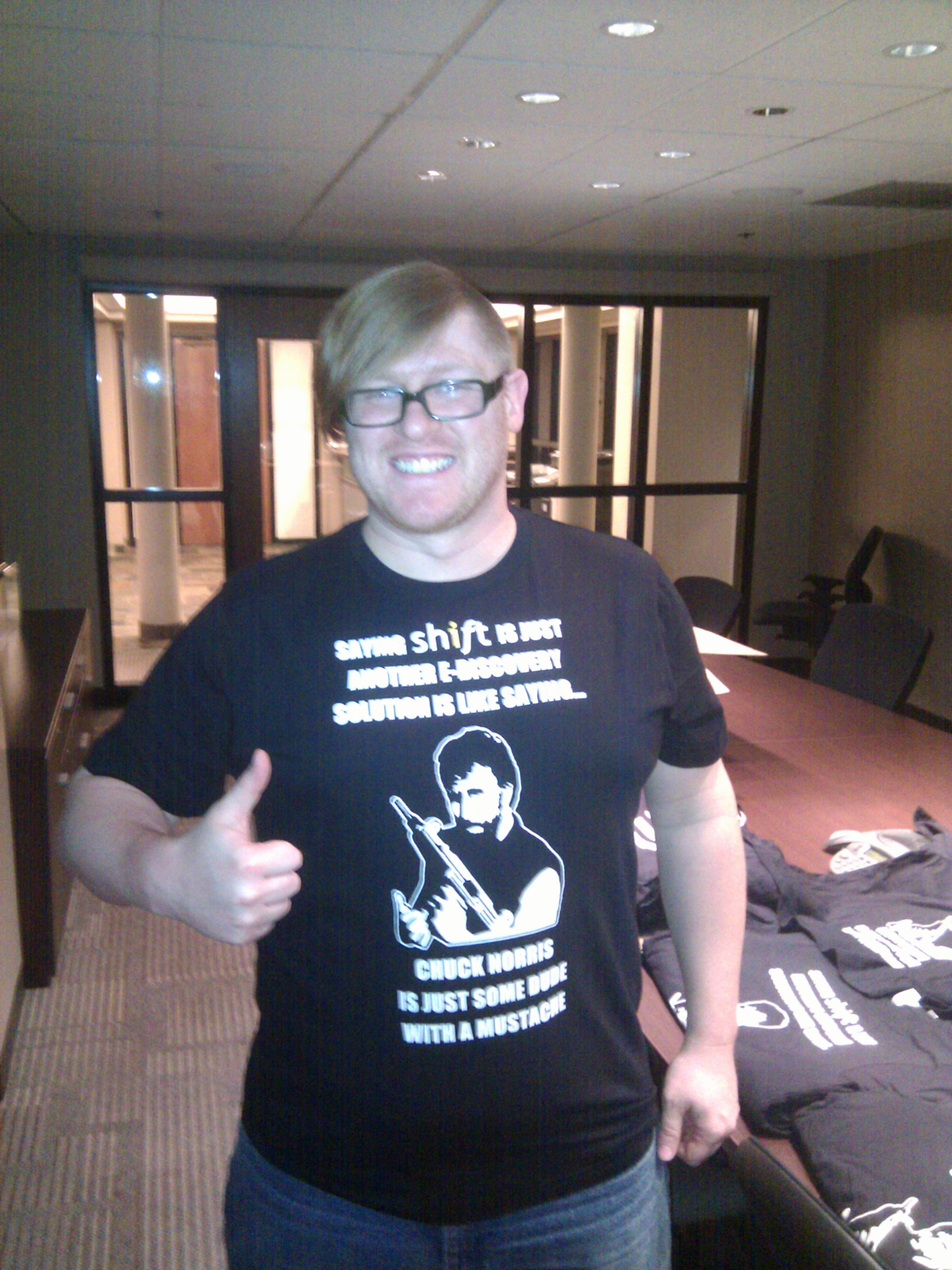 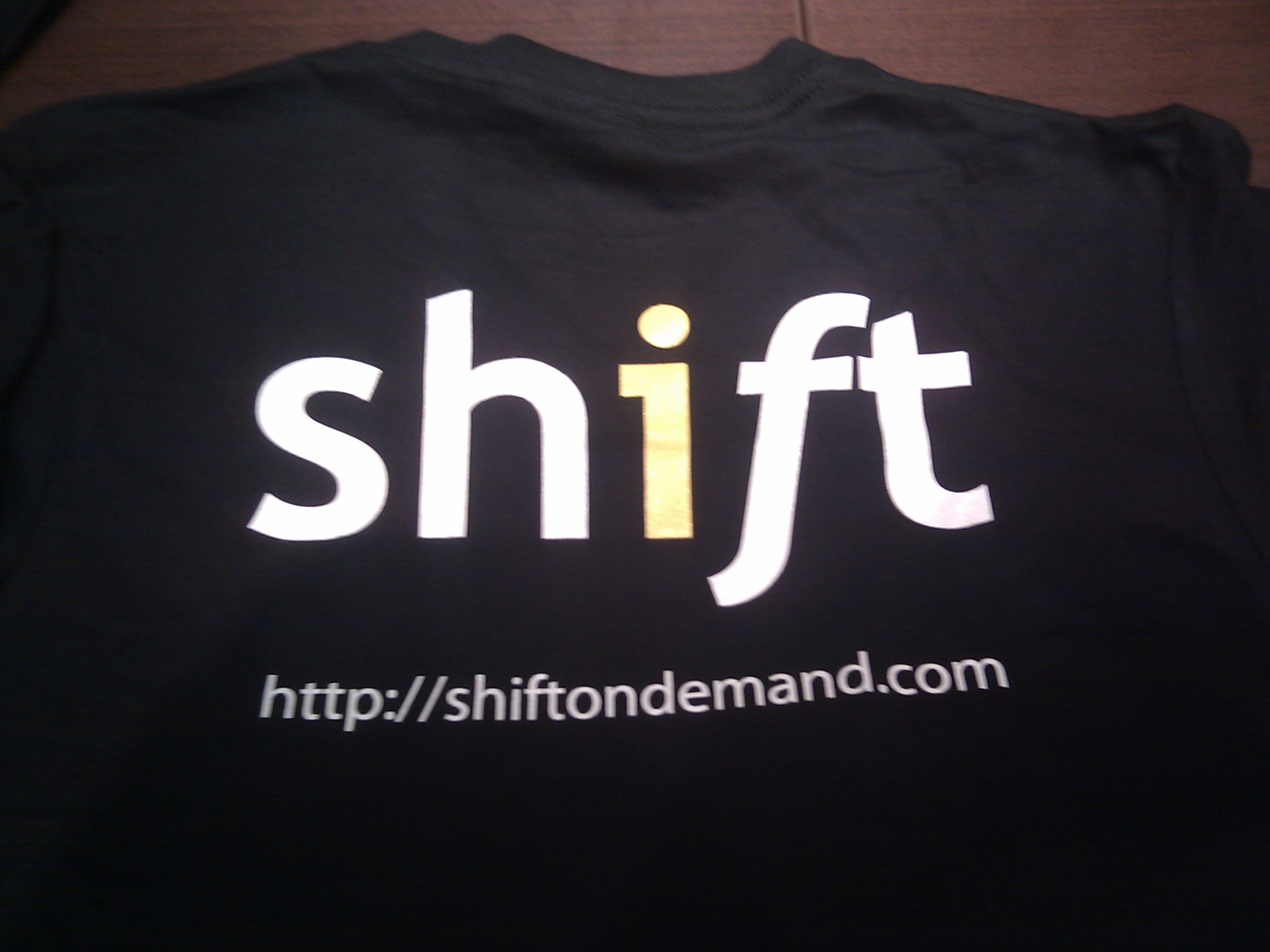 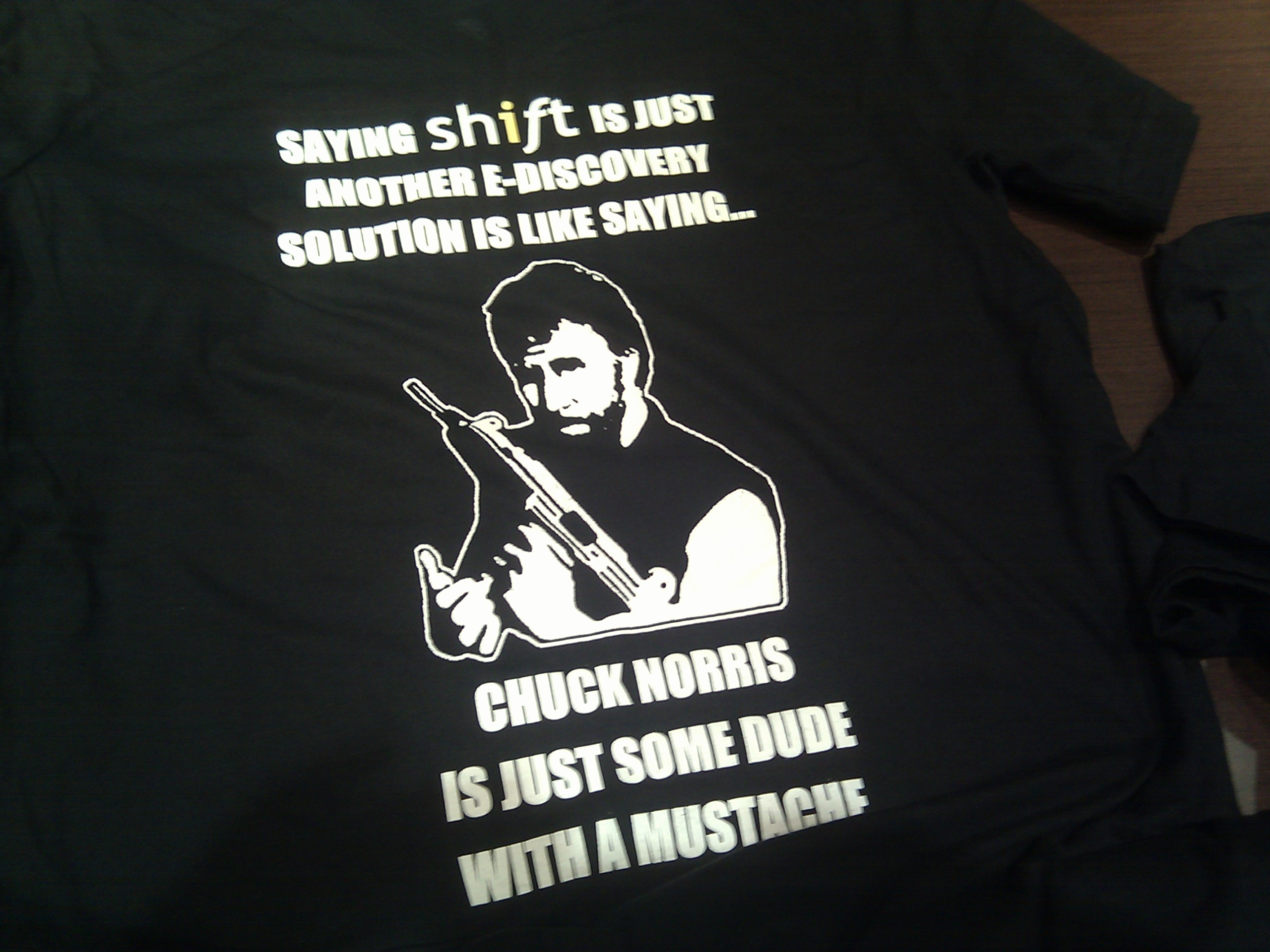 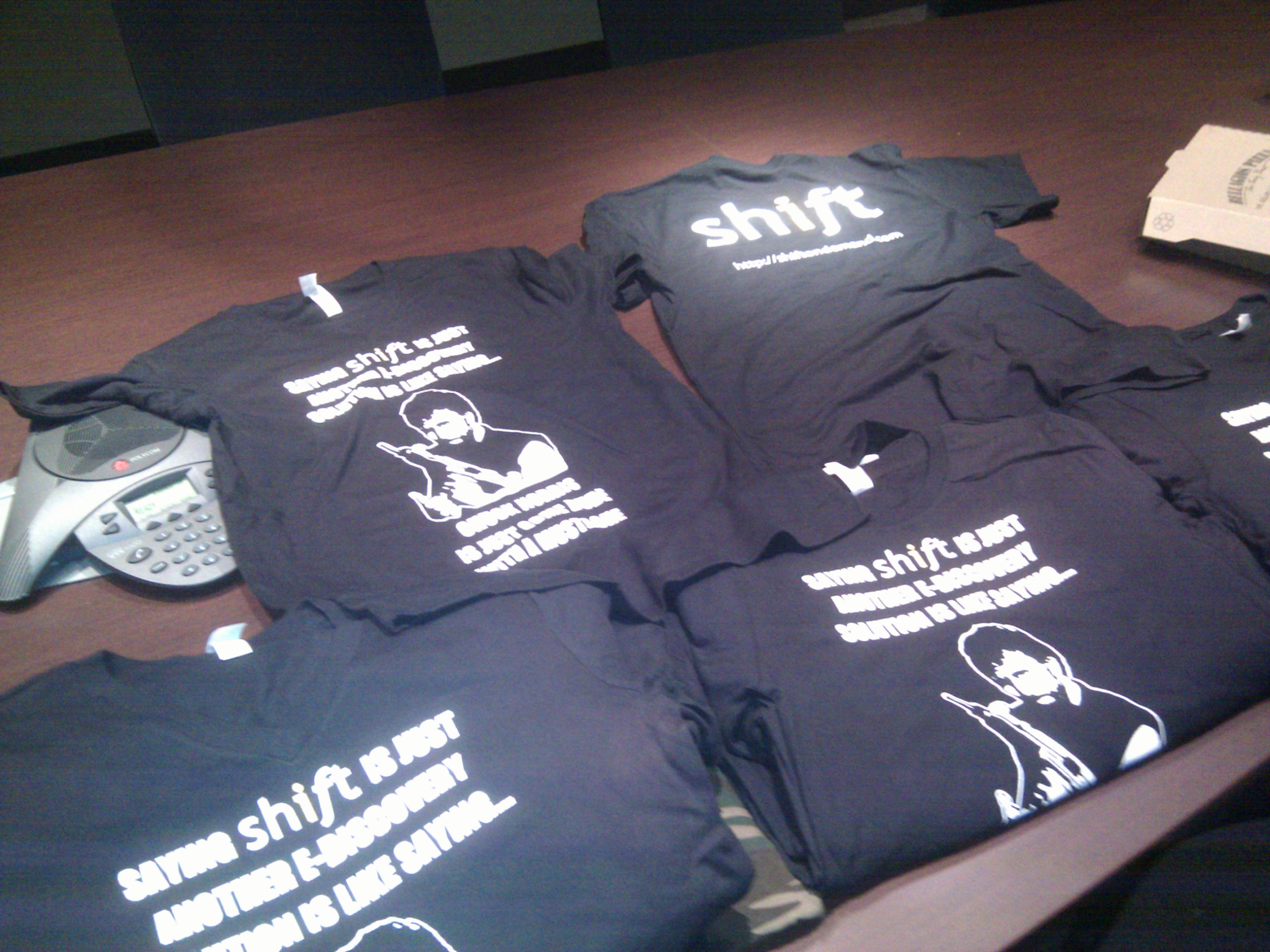